The ride down the hills to Assos was long and hazardous but we made it and checked into our third floor room-with-balcony.

Only eight rooms had a view-with-balcony, which had a heavy overhang to keep out the weather and resembled a small watch-tower.

Walking the waterfront and the tiny village only took 30 minutes. Off to the pool…freezing.. .ha! The 7:30 seating for dinner offered minimal choices: fish or chicken. The food was good and the service excellent. Then the rains came down and we got to watch passing ships from our watch-tower.

Breakfast overlooking the bay, with some clouds and choppy waves. We tried walking up the hill to the village above but only got as far as the crumbling but majestic amphitheater when it started to drizzle. The rain actually enhanced the appearance of this ancient structure but not the quality of the dirt road returning to the hotel. We had to step off the road when cars passed. The second time this happened we heard some noise from a fruit orchard and there was a herd of goats, chewing quietly, staring at us.

I whispered and they cocked their heads, moving closer, paralleling us along the fence fearlessly. Being unused to goats on the other side of a shabby fence, we walked quietly until the road shifted away. 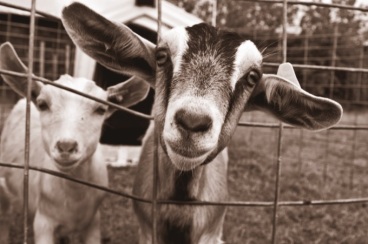 Then, bravely, we looked back and missed their curiosity. Watching them chew made me hungry. Nearing our hotel, we stopped at Gazleme, a small restaurant with grape vines covering the overhead lattice work that kept us dry. Lovely lamb stew. Our hotel was filled with Turks. The only English spoken was by one receptionist. Our Turkish was meager but people were very hospitable.

While crossing the Dardenelles, I noticed the many crumbling fortresses lining this most strategic body of water. More than 5 countries used the Straits to get to the Mediterranean, a vitally important access to commerce. From the looks of the many fortresses, it was not easy. We found Hotel Owa in the non-tourist town of Gelibolu and got a lovely large room. Our balcony overlooked the downtown and a very busy harbor. Our concierge recommended Ilham Restaurant for fresh seafood. We ate on the outside deck to watch the water action. Their special was grilled sea bass and it was excellent. Everything was lovely. . .except for the three kids screaming and running down the aisle.

Their parents totally ignored the disruption of all the other diners while they continued chatting with their guest. There was muted applauses when they got up to leave-they pretended not to hear.

After breakfast served by our friendly, English speaking host, we left for Istanbul. Stopping first in Sarky for a wine adventure, but again, no tasting, no tour, wine sales only. Very frustrating to my wine educated husband whose avocation is teaching wine appreciation.

Since I do most of the driving and Mike navigates, I asked for a break in a tiny village where we could park in front of the cafe. The travel books recommended the importance of car and luggage observation. Mike preferred to review the map route and remain in the car. I climbed the porch steps and asked for a cup of “chai” (the Turkish all-day-brewed tea). An older man in a worn sports jacket walked up and asked if he could practice his English. I smiled and nodded. He said his home was Istanbul but he Summers in this village. Two more men joined in and then a fourth. They spoke no English. Getting nervous I called for Mike to join us and the three additional men immediately left. The first man continued chatting for a bit. We have found that most Turks were very friendly but the 3 guide books I read did warn that the men could be overly “friendly” to fair-haired, light-eyed foreign women. As we drive off I saw 2 women fully arrayed in black standing at the kitchen door, glaring at me. One was drying her hands and the other holding (brandishing?) a frying pan.

The remainder of our drive to the airport paralleled the Mamara Sea, and it was beautiful. The international airport, like all others, was very confusing but we successfully returned our Sun car and they graciously drove us to our hotel, describing points of interest. They would pick us up at 10:00 tomorrow for a tour…no additional charge.

I had reserved The Hotel Acropol months before, and since they were not crowded, our concierge took me on tour of the available rooms. He offered a discount for #503 mini-suite; located on the top floor with a balcony that overlooked the city. It had a clear view of Haya Sofya on our right and the beautiful Blue Mosque on the left. We looked over the main street of Old Town. We ate an excellent dinner at the nearby Suites Hotel on the outdoor patio and had an interesting conversation with a Swedish couple at the next table. Afterward we enjoyed a glass of wine in our hotel’s top floor restaurant, watching the container ships cursing through the Maramara Straits. This had been going on for centuries. What an amazing vista.

Our tour guide Acif picked us up at 10 and we walked the cobbled stone streets to Haya Sofya. Mobs of people were waiting in line. Using his “tour guide pass”, Acif swept us through. Haya Sofa was enormous and overwhelming. The bright tile work, colors and the height and breathe of the ceiling vaults were incredible. The building corresponded to, but predated St. Peter’s in Rome, and was the headquarters for the Greek Orthodox Church for the Eastern end of the Greek Empire.

Next we went to the Blue Mosque. The Sultan Ahmet donated this whole area to the neighborhood community in the 15th century: the Mosque, a school, the hospital and an alms house. There were masses of people waiting to enter but our guide flashed his pass and we moved to the head of the line. We bagged our shoes in plastic, donned slippers to walk into the carpeted building. Acif led us to a corner and showed us the typical Muslim prayer: face wipe, ears, hair and chest with prayer to give “comfort” to the prayers. Then he knelt on the carpet saying incantations while resting his head and arms on the floor. We were not the only ones who enjoyed watching him.

Then we visited the Turkish Museum of Art noted for its extensive array of carpets. The old prayer rugs were threadbare from the knee indentations over many years, but had worn beautifully. All women were required to weave a “marriage” carpet before the wedding which could take up to five years of work. This was considered a retirement necessity and when sold 40 to 50 years later could bring a good bit of money. The ones I saw were priced from 50,000 to 200,000 thousand dollars… and they were exquisite. Strangely enough none of the museum’s female manikins had faces. Just skin colored material stretched over the head…and totally blank. After awhile, I could not look at them.

Then our guide escorted us to a carpet store. They served us Chai and presented a remarkable history of Turkish carpets. There were sample rugs that had been laid on sand and trampled by goats, sheep or cows before they were deemed worthy to sell. They were remarkable. There were samples of “marriage” carpets that could only be worked on when the weaver was in a “good” mood (Beats not tonight honey I have headache). Some of the carpets were woven with silk and were exquisite. I asked for prices but the salesman said “not yet”. At the end of the presentation he asked me to pick out a rug I really liked. I did. The price was $13,000. I said I have a headache.

They were very disappointed. They dropped the price. My husband said we would have to talk about it and would let them know. Although Acif was disappointed we did not purchase anything, and I understand why, my husband gave him a very nice tip for the wonderful and informational tour. Later we walked to the Grand Bazaar. Old buildings connected by canopies covering alleyways and went on for miles. Shops, small stores and many individual stands selling anything and everything to the hordes of people wandering through.

We ate dinner across from our hotel at Albura Kathisma Cafe. Excellent lamb dish. We took the remaining wine from our room to our hotel’s top floor restaurant and again sat overlooking the sea of Marmarna. Passing ships, setting sun burnishing the waves. Magnificent.

After breakfast, on our last day in Istanbul, off to see the Topkapi Palace. Built next to Haya Sophia in 1560, it is an opulent campus with four courtyards separating the individual palaces. It seemed like there were thousands of people. Because of the crowds, we skipped the palace-museums and walked all -the way to the end.

And it was worth it. A spectacular view of the Golden Horn, the sea of Marmara and the bridge across to Asia. A small breeze blew and the ships moved eternally through the straits. (see picture at end)

It was closing time so we walked to a cafe just outside the entrance for coffee. Watching the hoards rush to the busses, I wondered how many different nationalities we were seeing.

Time to pack up and get ready for our 3:30 AM airport pickup tomorrow for the 6 AM departure for Amsterdam and the USA. After organizing our luggage, we walked down the street to Premier Suites again for dinner on the outside patio. Back at our hotel in our lovely suite, I stood on the balcony looking at the night lights on Aya Sophia and the Blue Mosque. The street noises were soft and the human voices musical.

Good night Istanbul! These two Independent Travelers would only come back in our memories.

Caroline Botwin and her husband Mike are retired educators who have always had a yen for travelling: he with a PH.D and teaching Architectural Engineering plus California wine education, and she having taught high school English, speech and drama. Both wanted to learn first hand about other cultures. While Mike predominately studied buildings and structures and met with winemakers, Caroline hunted for ancient sites and peoples. And kept journals of all their travels.
View all posts by carolinebotwin →
This entry was posted in Turkey. Bookmark the permalink.