The Templar Knights of La Couvertoirade

Posted on March 4, 2017 by carolinebotwin

And really want to go back and re-visit!!! 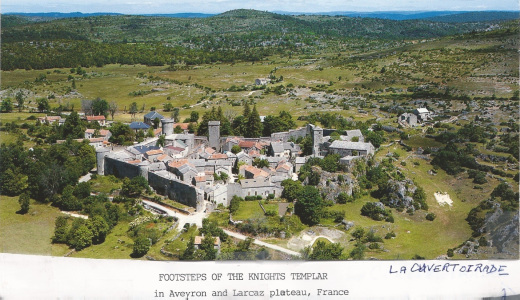 We left Montpellier, France on the A-75 highway to Paris. It was heavily packed with Sunday traffic and impacted with roadwork repairs. We exited for the first stop in tracking the Footsteps of the Knights Templar at the 11th century site of Covertairade. This beautiful walled city is set in the middle of pastoral farmlands with distant rolling hills. The entrance to the village is through huge doors that were barred from the inside during attacks. Then crossing a tiny plaza in front of a museum, we continued walking past both ancient and some refurbished houses and shops. 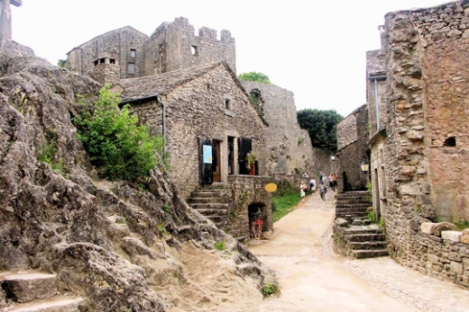 It’s easy to spot the older buildings and the ones being refurbished, particularly windows with glass and some sharper edges on the roof lines.

The streets were narrow and graveled. We came to a lovely 12th century church adjacent to the castle/armory built on top of a ridge.

This is the front…