A Parador in Spain

Posted on October 22, 2016 by carolinebotwin

A prelude to the Parador: On our second visit to Spain (years ago), our hotel   receptionist  suggested  that she  reserve our next  night at our chosen Parador Cordova.  This would give us more time to visit Montserrat. We did.

The drive up to “Monastir de Montserrat ”  was a precipitous  and undulating  roadway  (improved now).

These rock mountains had a majestic beauty of their own!

Over 4,000 feet high,  this was Catalonia’s  holiest place. Surrounded  by chapels,  hermits caves  and centered  by the monastery,  it was founded in the 11th century.  As we walked into the Basiica, the Monks were singing  the “Salve  Regina”….. beautiful….

Now,  on to our Parador.

There are many wonderful hotels in Spain…..those that appeal the most  are the” Paradors”  where you can see and feel  the history therein.

The Government  opened the first in 1928…..beginning with empty castles and monasteries.  My second reason  is that the restaurants showcase the reginal  cuisine and wine.

And, for those 40 plus years ,  or older,  there are discounts  that deepen as you age! 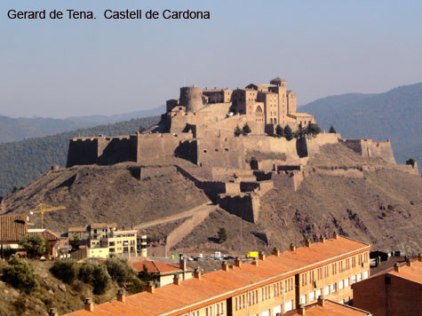 Cardona, with the mountains behind and the village below,  is self contained.  A lovely  bar and a formal restaurant  are across the fortified  9th Century  enclosure   which includes   11th Century Church. 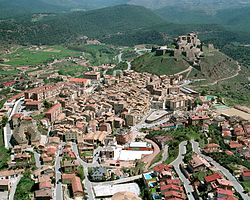 The  original building was from the 12th Century  hence the city in front is modern….houses needed for farmers, workers in the prosperous salt mines  and vendors of other trades and industries.

A beautiful  entrance to an old castle.  Actually  was originally built for horses and carriages. 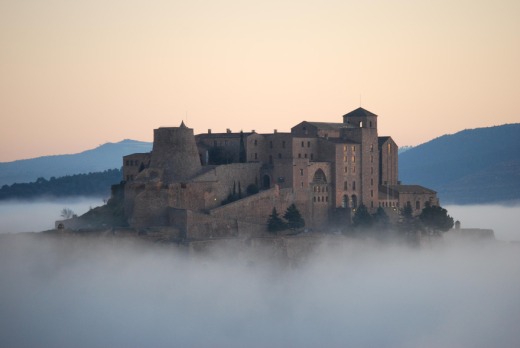 Mountain areas tend to have bad weather…and what to do when you can’t go outside???

Head for the bar! 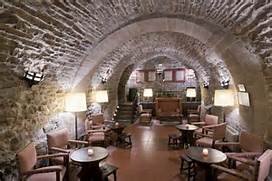 And if the bar is too noisy,  head for the sitting room… 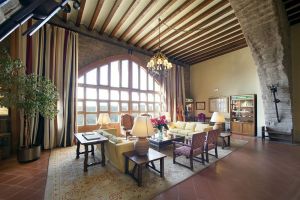 Now we get to the bottom of Cordona’s success and  longevity. 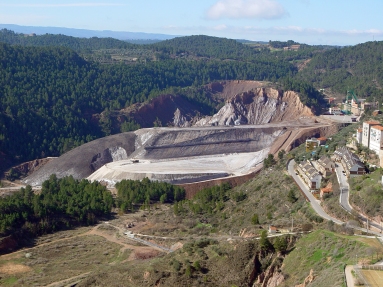 This Rock Salt Mine is behind  the Parador and we  would not have  noticed it if our bedroom  had faced  another direction. Very steep from  centuries  of digging.

If you need some exercise,  ask the Concierge for a map to do some climbing…and update your  insurance.

When checking out the Concierge  congratulated me on my recent birthday as he extended my passport.  “Congratulations” he said, “you’ve reached the age of discounts  —-25% off everything.”

Caroline Botwin and her husband Mike are retired educators who have always had a yen for travelling: he with a PH.D and teaching Architectural Engineering plus California wine education, and she having taught high school English, speech and drama. Both wanted to learn first hand about other cultures. While Mike predominately studied buildings and structures and met with winemakers, Caroline hunted for ancient sites and peoples. And kept journals of all their travels. Kevin Klimczak, extraordinaire, is the website designer and editor of the blogs.
View all posts by carolinebotwin →
This entry was posted in Spain. Bookmark the permalink.